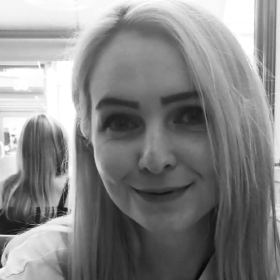 'Walk Through British Art', the permanent exhibition at London’s Tate Britain, is also a walk through British music. From Elizabeth I to Stephen Lawrence, adding music allowed me to connect with artworks that may have otherwise felt distant. Music pours silently from the paintings in this collection, and I found reuniting these different forms of artistic expression to be a thrilling experience. Read More

Music to look at art by: Matisse, Mondrian and Thelonious Monk

What impact could a curated playlist of music have on the way viewers perceive an art exhibition? Whether intended to provide historical or artistic context, or as an abstract statement on the cross-genre interaction between visual and aural art, music could be the key to unlocking a more visceral, multi-sensory approach to art viewing and creation. The increasing use of various digital media already hints at a radically new way of exploring museums and galleries. Read More

The extent to which aspects of both classic art and contemporary music took on different meanings when paired together amazed me. The withdrawn looks of the subjects became coy and knowing when I wondered what secrets they would reveal “if these walls could talk”, Haim’s defiant anthem of “baby, don’t save me” became the voice of women in French high society, and Nina Simone’s simple lament felt inspired by the Avenue de Chantilly. Where the more traditional music pairings became incidental, the contemporary pieces were in dialogue with the paintings, both resisting and conforming to the tone suggested by the music. Read More

Don't miss out on weekly new content or exclusive deals

Don't miss out on weekly new content or exclusive deals