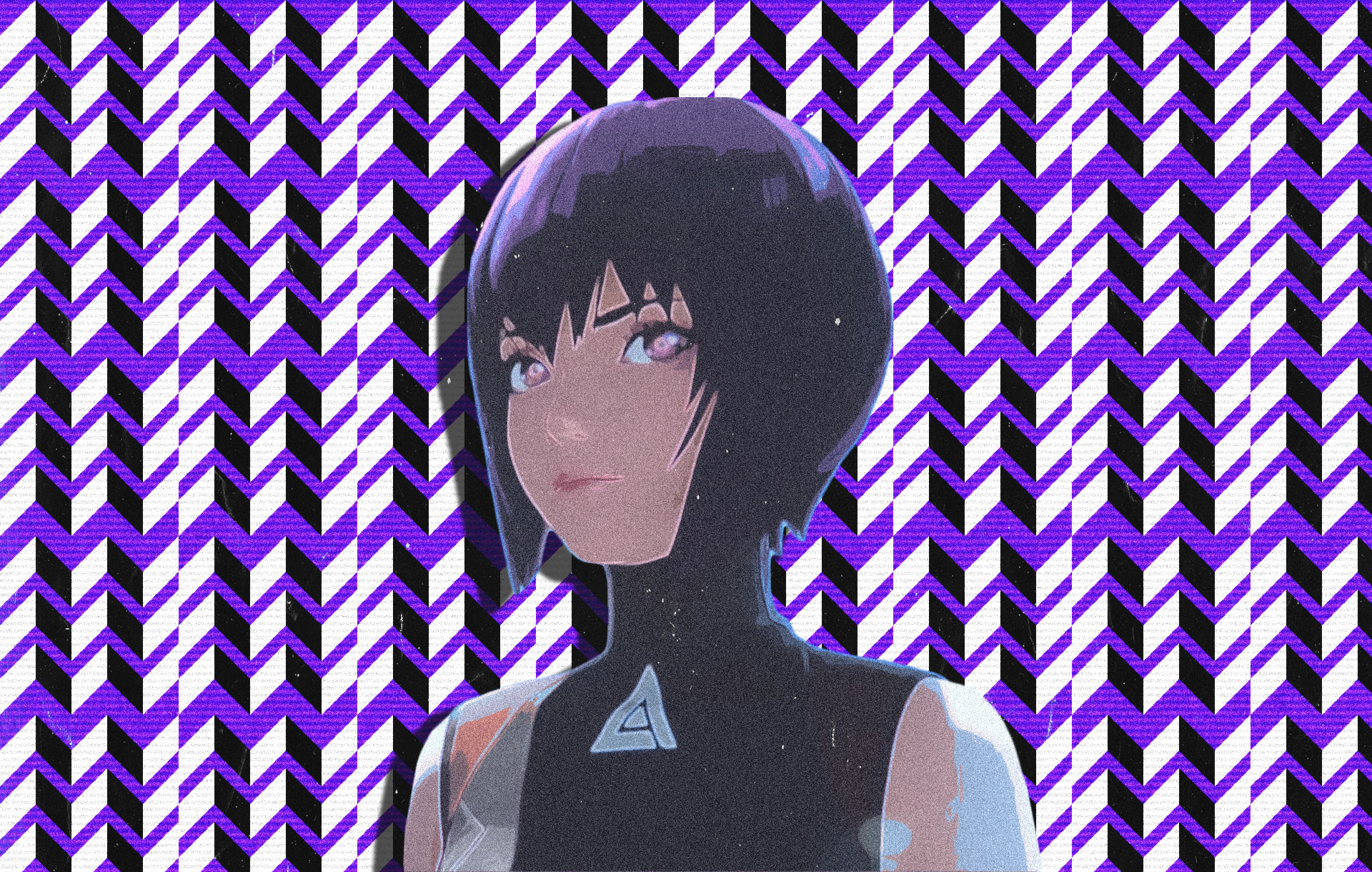 ‘Ghost in the Shell: SAC_2045’s Exploration of Transhumanism and a Post-Human Future

In the year 2045, a post-cyberpunk Japan has emerged in an increasingly de-centralized, globalized world. Yet despite a host of breakthrough innovations and technical advancements, many of these have developed out of necessity. In a future time period where the country’s national security has become increasingly volatile, the government and its people are faced with organized high-stake crimes, rebel opportunists, cyberbrain hackers and meddling foreign government operations invested in securing military secrets. To combat these growing threats to public security, Motoko Kusanagi and her team of ‘Ghosts’ are pulled from their mercenary work with the private military company ‘Obsidian’ and are re-activated as government-hired specialists of Section 9: an anti-crime, counter-cyberterrorism task force. In this Netflix Original series, Ghost in the Shell: SAC_2045, the world is bleak and the stakes are high: economies have fallen, cities lie empty and war has become big business.

Advanced robot AIs capable of emotion, bio-tech enhancements, and cybernetic neural-linking: these are some of what’s possible in future Japan. Every aspect of the show seeks to explore our relationship with technology, but it also touches on the concept of our own social and human evolution. What would it look like if we could upgrade our bodies and minds, expanding our abilities beyond our known and accepted limitations? How would the creation of superhuman transhuman cyborgs affect social attitudes and are we to think of them as separate to or beyond human definition?

Unit members of Section 9 define these future realities in their bio-technological augmentation. For example, Batou (Kisangani’s second in command) has replaced his eyes with artificial ones allowing him to track and scan easier. A sniper has implanted a targeting device with satellite feed in his left eye which increases his deadly accuracy. Meanwhile all team members have the ability to remotely sync their cyborg brains, enabling them to ‘brain dive’ and connect to each other regardless of distance. This ‘technical harmonization’ of coherent thought processing gives them an edge and creates a more effective fighting unit. But despite all these flashy advances, Motoko Kusanagi possesses something entirely unique that separates her from her counterparts: a full-body prosthesis. Major, as she is also known, possesses a body that is a completely fabricated android shell. This ‘shell’ houses her cyberbrain which contains or expresses the electrical code of her conscious self or ‘ghost.’ This is the real conceptual lynch pin on which the show is based and compels viewers to think a little deeper about the questions surrounding cyborgism and its links to artificial or enhanced consciousness. Thinking further, we quickly find ourselves in a dimensional quagmire and identity paradox: who is Major Motoko Kusanagi if her body is a technological recreation? Is she still human despite the fact that her brain (which is itself cyber-enhanced) is the only human part of her left?

Human consciousness and its evolution, location AND definition, still have managed to largely escape understanding

These questions tie into two relevant topics. Firstly it relates to the real-world applications of cybernetics. Already we can see through current research that we are on the cusp of becoming cyborgs ourselves through the following ways: neural linking the brain to mind-controlled robotic prosthetics, theoretical ‘thought messaging’ or technical telepathy, brain and heart implants designed to monitor or support regulatory systems, and inserting sub-cutaneious chips, the mass-commercialization of which will allow people to control features in their Smart Homes. Secondly, human consciousness and its evolution, location AND definition, still have managed to largely escape understanding by even our most advanced minds. It is what Brian Cox and other physicists call ‘the hard problem’ in that they cannot agree on what consciousness is, where it resides or if its just an epiphenomenon. This idea has been expanded upon by Rupert Sheldrake who outlines these problems:

“Consciousness itself is problematic. It ought not to exist, we ought not to be conscious. It’s an embarrassment for materialism that we are.”

Right at the outset, Ghost in the Shell: SAC_2045 pulls no punches. It begins laying out the contextual groundwork that details how warfare as an industry began. In the year AD 2042, the following transpired:

“The Great 4 (American Empire, China, Russia, and EU) sought economic sustainability for its members. Using AI code 1A84, the American Empire initiated war as an industry. The world dubbed it ‘sustainable war.'”

This speculative cyberpunk paradigm is alluring as it leans straight into the style of cognitive dissonance that George Orwell popularized in 1984. The term ‘sustainable war,’ is itself fascinating primarily because it fits two ideologies together that are diametrically opposed in that they are not, in any way, possibly sustainable at all. The widespread violence and threat escalation between powers or rival military companies would eventually wipe everyone out. This volatile industry, created by a future American government, reveals a hard truth: that it’s symptomatic of an unstable, autocratic control system that is bringing the entire social order into further collapse.

This is most relevant as Major Kusanagi and her team of mercs operate in the aftermath of the aforementioned destabilization of the four superblock powers which happened when each nation power sought their own interests. If there is anything familiar about this, there are some real world/Orwellian parallels that add plausibility to Ghost in the Shell. Beside the post-war connotations, a cataclysmic collapse of all society has rocked the world. This involved a major global default of all transactions (akin to financial depressions of the past and present) where paper money has become useless (as it did in the Second World War) and digital currencies, both saved and indebted, have all been wiped clean (a growing concern as monetary systems shift towards a cashless society). Further to this, the real 1984 moment comes when viewers learn that anyone with a cyberbrain can be infiltrated, fed false memories or can be possessed/controlled in ‘Manchurian Candidate’ like fashion. This is war on the final frontier: that of the mind.

Also it shows how warlike civilization still is. This is totally believable when viewers consider that, after endless decades of military engagements, people are still fighting with and in foreign countries now. So in 2045, the ongoing warring between nations is not just a continuation of modern political divisions, social unrest and human misery, but some go so far as to claim that this is a reflection of the war machine propagated by the military-industrial complex which President Eisenhower warned us about:

All of these combined realities have pushed many people to the brink and has “triggered a rapid escalation of war as an industry.” Every nation, even the more advanced ones, now suffer from both internal and external threats such as widespread rioting, cyberterrorism, and civil war. One only needs to look at the pages of recent history to know that these things are prodromic (in that they’re a symptomatic representation of the current era of global expansion).

The Rise of the Post-Human

As highly trained as Section 9 is, their battle experience and cyber skills are nevertheless challenged with the advent of a new enemy: the post-human. After their first chilling encounter with such an inhuman entity, the Major and her team later discover that the government has captured one of them in a secure facility. They soon are briefed on a sergeant major who began life as a normal citizen. Then some radical shift in his psyche occurred, which began as a mysterious fever and progressed into a catatonic state where he ceased to be able to move independently or communicate. When this sickness had abated, the soldier had changed dramatically, losing his personality, his capacity for empathy and acquiring superhuman abilities that enabled him perform multiple cyberbrain hacks simultaneously as well as  predetermine bullet trajectories before guns have been fired.

This concept brings viewers back to Major Motoko Kusanagi and the paradox of the ‘ghost’ that inhabits her manufactured shell. Yet here the idea takes on a more insidious tone: the cyberbrain itself has evolved, taking over the human mind. What we could be seeing is the dawn of a new intelligence. Not just of artificial consciousness, but one where the post-human cyber mind has become the dominant mental force of its ‘host’ organism. As the character, John Smith, explains: ‘it’ is now in control and operates on its own agenda. If this is true, then who are post-humans and what do they want? What will happen to a society overrun with something that looks human but is without feeling? Could the characteristics of this intelligence, including its thought processing, be simply adaptive in that they have merely copied and internalized human traits such as aggression and a war-like nature?

Ghost in the Shell: SAC_2045‘s high-concepts of transhumanism, sustainable war, and post-humans paint a bleak picture of our future, but it’s a future that we could very well be headed towards.